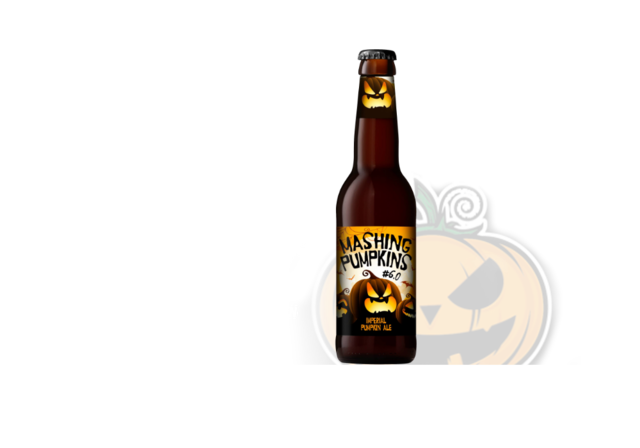 Two craft brewers from the county of Noord-Holland, Jopen and SNAB, work together to brew a beer that until now is not been brewed by another Dutch brewer. Imperial Pumpkin Ale, originally an American beer style. The beer is brewed with pumpkin meat and lots of spices. For the malt bill is chosen for light malts in order to properly reflect the original color of the pumpkin. And smoked malt: it's a fascinating combination with pumpkin. The organic pumpkin flesh is added during the mashing process. The balanced choice of nine spices and Chili pepper flakes gives Mashing Pumpkins the spicy notes.